We are proud to announce we are ISO Class 3 Rating

The Fallen and the Brave

Jack was born on March 16, 1930 in Yancey County, North Carolina to William and Reva Roland Evans. After serving in the United States Army, Jack returned to Asheville where he met his wife, Ann, and worked for General Electric for 35 years. He was also a long standing member of the Skyland Volunteer Fire Department and the Biltmore Masonic Lodge No. 446 (which will open at 11:30 AMSaturday). After retiring from General Electric, Jack and Ann moved to Oak Island where Jack enjoyed the warm weather, the beach, and "tinkering" in his shop.

The family will receive friends and loved ones on Saturday, October 15, 2016 from 12 – 12:45pm at Groce Funeral Home in Arden with a memorial service to follow at 1pm. A graveside service will immediately follow at Calvary Churchyard in Fletcher. Another memorial service will be held at a later date at the Oak Island Evangelical Presbyterian Church, where Jack was a loyal member.

The family would like to express their thanks to the Brookdale Memory Care Facility in Wilmington, the Lower Cape Fear Hospice, and all of Jack's special care givers. The family would also like to thank the members of the Skyland Fire Department and Biltmore Masonic Lodge for their assistance with the memorial services.

In lieu of flowers, donations may be made to the Alzheimer's Association or the hospice organization of your choice. 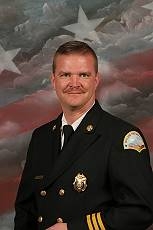 Jeffrey O. Corpening, 47, passed away on Tuesday 5/29/2018. A decorated Marine Veteran and a former Battalion Chief at Skyland Fire and Rescue. He spent his entire life in service to his country and this community. Jeff is a native of Asheville, NC and found this a special place of honor to live his life. He is survived by his wife, Susan Corpening; Parents, Chuck & Joretta Corpening; brother, Jon Corpening; aunt, Kay Lummus (Bob) and cousin, Chris Burleson (Lane). Funeral services will be held 2:00 PM Monday, 6/4/2018 at Trinity Baptist Church - 216 Shelburne Road, Asheville, NC. The family will receive friends at the church from 12:00 -1:45 prior to the service. Jeff will be honored by his country and community with Military Honors & a Fireman’s Funeral before his final resting place at the Western Carolina State Veterans Cemetery in Black Mountain. In lieu of flowers the family wishes to care for the poor by your donation to: Biltmore United Methodist Church Ministries in Asheville - http://biltmoreumc.org/donate/ Online condolence registration: http://www.grocefuneralhome.com/obituary

Copyright © 2006-2020. YourFirstDue Inc. All Rights Reserved. Designated trademarks and brands are the property of their respective owners. Content on this web site is supplied by Skyland Fire & Rescue. YourFirstDue Inc. cannot be held responsible or liable for any content, text, pictures, or any other media found on this web site. Maintained by the members and staff of Skyland Fire & Rescue.
Management Login
Powered by